ABBA THE STORY is a fabulous show telling the story of the band that shaped the music.

This special show starts with their triumphant Eurovision win and culminates with their last music video filmed on the 16 November 1982. Taking in their famous music videos and subsequent major arena tours along the way.

The dazzling finale of Mamma Mia The Musical will have everyone dancing in the aisles.

Sheena, UK theatre star and recording artiste appeared in the original tour of ABBA The Story. Suzie has been performing as Agnetha for over 15 years and has gained worldwide recognition for her incredible likeness.

Both leading ladies have numerous radio and television credits to their name and their chemistry together brings the stage alight.

ABBA The Story co stars Allan Beckett as Benny Andersson and John Clews as Björn Ulvaeus who are 2 of the countries most saught after musicians. The show’s voice over narration by UK film and television star Paul Quinn adds extra sparkle to the show. 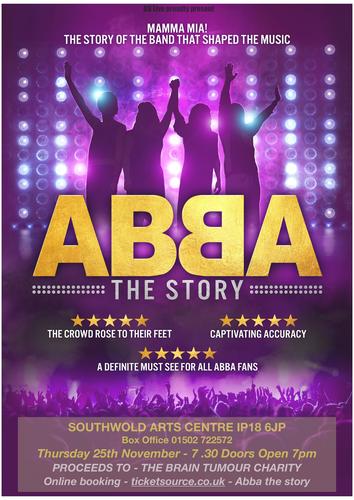