The bleak, enclosed world of a fishing village provides the backdrop for the story of fisherman Peter Grimes and his uneasy relationship with the other inhabitants. Following the death of Grimes's apprentice, the community presumes Grimes to be guilty. Although he is cleared of any blame, the villagers no longer trust him, and when his new apprentice accidentally falls to his death, Grimes spirals towards a tragic breakdown.

The most significant British opera in over two centuries, Peter Grimes is a work of visceral and sustained beauty, and is notable for the orchestral interludes that depict the sea in different moods. This is the first revival of David Alden's 2009 five-star sell-out production. ENO Music Director Edward Gardner again conducts the electrifying score, with Stuart Skelton heading an outstanding cast in his return to the title role. 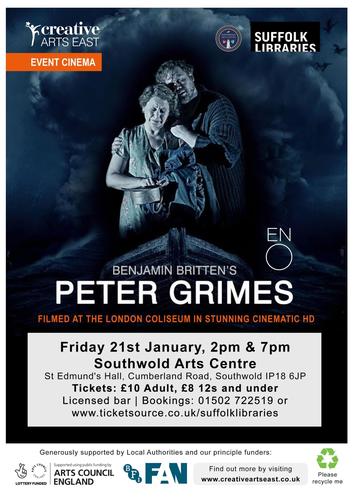