Mark Flanagan, born in Liverpool, is probably best known as guitarist for Jools Holland's Rhythm and Blues Orchestra, an association that began in 1988 and continues to this day. During that time Mark has made countless live, TV, radio and recording appearances with many of the biggest names in the industry. Mark has also made a name for himself as a solo artist with his own catalogue of songs, written on Dobro and acoustic guitars. Performing solo, or with a small band, Mark wows his audiences with fine guitar playing and songs written from the heart. He is joined tonight, on bass, by Adam Double, who plays for country sensation The Shires as well as The Lighthouse Family and is the featured bass player on the soundtrack for the movie Rocketman. And on drums, George Double who has backed Shirley Bassey, Mica Paris and Grammy Award Jack Jones amongst others.

"Mark understands everything..he can swing, then rock it" Jools Holland 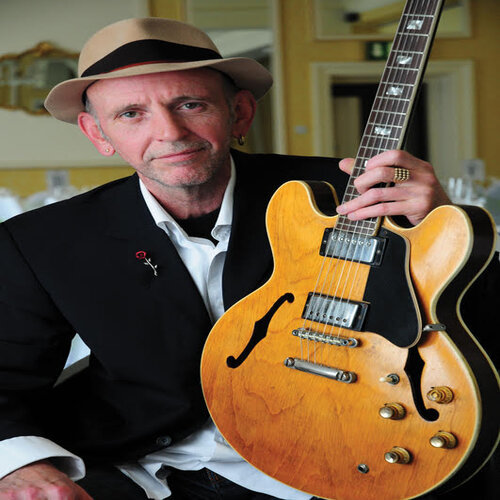