The supreme artist of the flamenco guitar, guitarist/composer Juan Martín plays and introduces his compositions within the forms of the great tradition. His exquisite style is enhanced through minimal amplification to capture his very pure sound. Juan will transport you on a musical journey through classic Spain with melodic beauty and rhythmic passion.

He resides between London and Málaga where he learnt his art and first appeared in a film there aged 17 (Donde tu estes). He played for Picasso’s 90th birthday celebrations and has recorded 20 albums.

Voted into the top 3 flamenco guitarists in the world by Guitar Player USA, Juan has toured the world playing concerts from Shanghai to New York. Critics have compared his compositional talent to that of Albéniz, Turina and Tarrega. His best selling books for learning the guitar are now translated into many languages and his original book is referred to as The Bible of the flamenco guitar.

Barbican with his flamenco group: http://www.youtube.com/watch?v=UzXzZiYicbQ 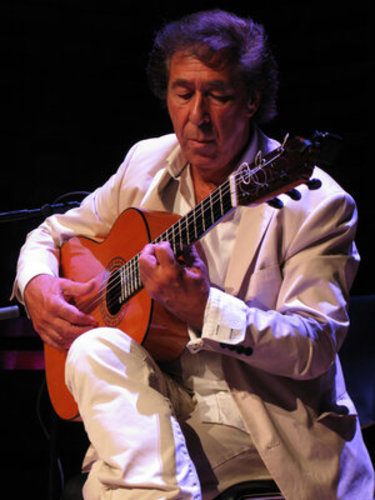