Phil Veacock is a professional saxophonist best-known as the main arranger, musical director and tenor saxophonist of Jools Holland’s Rhythm and Blues Orchestra. In this role he has arranged for and played with practically everyone of note in popular music from Paul McCartney to Barry White from Elvis Costello to Kylie Minogue.

He can regularly be seen performing on TV notably on New Year’s Eve on ‘Jools Holland’s Annual Hootenanny’ for which he has arranged the music since it began in 1994.He has arranged and performed the brass for Paul Weller’s last four albums including ‘Live At The Royal Festival Hall: Other Aspects’ and most recently the number one album ‘On Sunset’ Tonight he is joined by organist Jim Watson, sideman to Sting, Katie Melua and Chrissie Hyde and drummer George Double for an evening of rollicking soul, jazz and rhythm and blues. Here’s the band in action.. 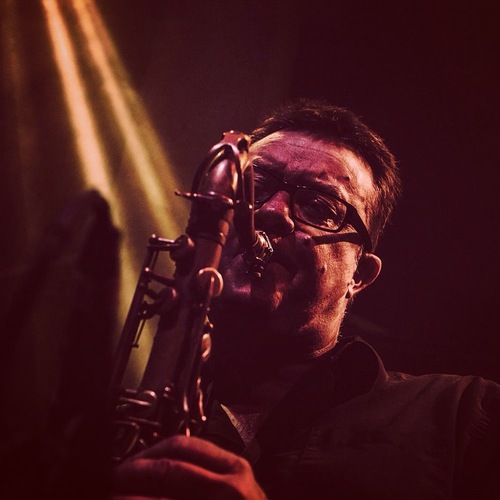