Another fantastic line up from WCB Comedy comes back to Southwold Arts Centre this Spring with the night being headlined by hilarious TV comic Seann Walsh. Comedy fans will know Seann from all the main panel shows, Live at the Apollo and even Tonight at the London Palladium. Not forgetting his controversial tenure as a contestant on BBC1’s Strictly Come Dancing. Seann has a fantastic support line up including legendary pun slinger Darren Walsh and outrageous Ozzy cougar Pam Ford who is known as one of the comedy circuits premier MCs. Support too from shocking cross gendered music act Jenny Hart. 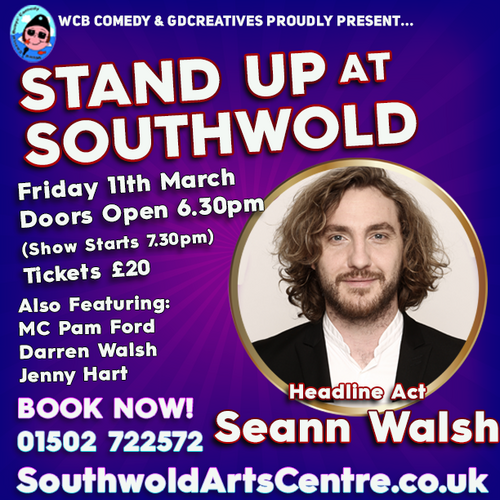